Gripping sideways action, plenty of trade stalls and brilliant club stands were just some of the highlights of a great weekend at the Royal Bath and West Showground last weekend (Nov 2-3, 2019). 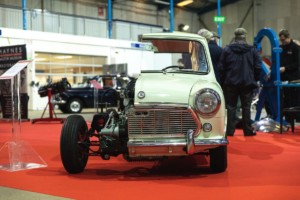 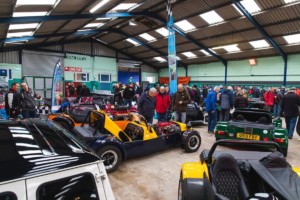 As expected, Lombard Rally Bath proved to be a massive hit with visitors over the weekend, and the club displays were a sight to behold. The halls of the Royal Bath and West Showground were filled with amazing club stands and eye-watering private entries. The sought-after Best Car in Show award went to Les Thompson’s 1936 Riley 12/4, while the runner-up was a pristine 1935 Daimler Straight 8 Limousine.

The Most Interesting Vehicle prize went to an attention-grabbing 1913 Wolseley, and the Best Two-Wheeled Entry was scooped by an Aermacchi from 1969.

Some famous faces turned up over the weekend. Marc ‘Elvis’ Priestley from the show Wheeler Dealers was spotted in the Classic Car Park on the Saturday. TV legends Henry Cole and Sam Lovegrove from ITV’s Junk and Disorderly were at the show on the Sunday, filming for their upcoming series.

Alongside the array of club stands, private entries and the new rally car action, the show featured plenty of exhibits across the two days. Haynes International Motor Museum’s live restoration was a popular feature with showgoers, including the stripping-back of a V12 Lamborghini Countach engine.

Featuring car after car and stand after stand, the Complete Kit Car Hall returned even bigger for 2019, celebrating all things self-built cars and the work that goes into creating the amazing works of motoring art.

The Charterhouse Auction offered bargains and project inspiration aplenty, with more than 40 lots going under the hammer, including an E-type Jag and a pair of MG B GTs. Classic car after classic car cruised into the Classic Car Park over the weekend, filling the classic vehicle mecca with old, vintage and rare cars.

Our attention now turns to February for the Footman James Bristol Classic Car Shows Presents… Born in the ‘80s, which will feature a special marquee celebrating this iconic decade with cars, music, fashion and films from the famous era. Save the weekend of February 8-9, 2020 in your diary for an unforgettable weekend of unmissable action.

To purchase advance tickets, or to enter your car to display, visit: www.bristolclassiccarshows.com.