Two microcars are expected to sell for thousands of pounds when they go under the Charterhouse hammer in their auction of classic and vintage cars on Sunday 23rd June.

“Microcars have for many years been overlooked by collectors and generally regarded as a poor man’s mode transport.” Commented Matthew Whitney. “However, that has all changed in the 21st century as the microcar market is hot to trot with people recognising their quirky design and unusual looks.”

The two microcars in the auction share several points in common. Unusually for cars, they both have just one door, three wheels and can only accommodate two passengers.

First up there is a 1959 Messerschmitt KR200 which has been languishing in a barn for decades. A rare survivor, only a fraction of the 40,000 made exist today, it retains the original engine and gearbox.

An excellent basis for restoration, it appears the only missing component is the Perspex “bubble” roof. Being offered for auction the owner has decided he will never get around to restoring this diminutive car and has entered it into the auction without reserve, although he hopes it will sell for £3,000-5,000. 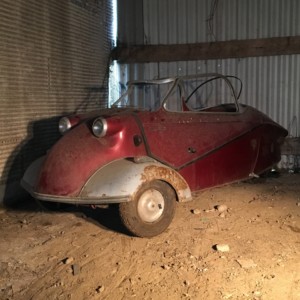 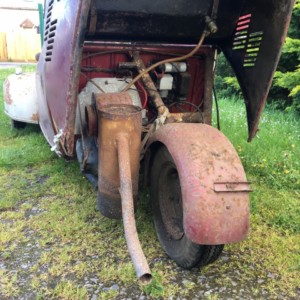 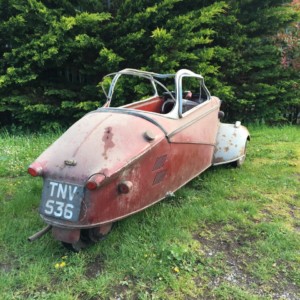 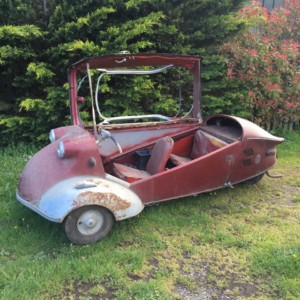 This is then followed by a 1972 Bond Bug 700ES. The vast majority of Bond Bugs, with their distinctive wedge shape, were finished in bright tangerine orange. However, the Charterhouse Bug is painted in a rare lime green. 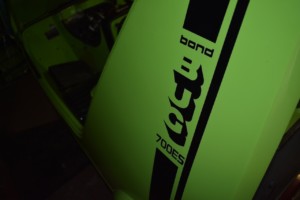 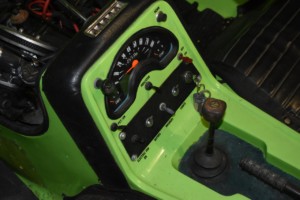 Charterhouse are now accepting further entries for this classic & vintage car auction on Sunday 23rd June at The Bristol Classic Car Show, Shepton Mallet and their next specialist auction of classic and vintage motorcycles on 10th August at the Haynes International Motor Museum.